According to the Independent this morning, the new Transport Secretary, Justine Greening, will today come under huge pressure to change the proposed route of the £34bn High Speed Rail link between London and Birmingham. 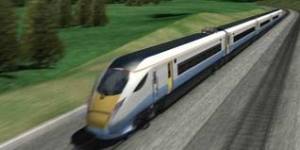 Conservative MPs who are furious that the Government’s preferred route for HS2 would cut through the Chiltern Hills will join forces with Labour when Ms Greening holds private talks with MPs.

They will offer her a last-minute escape route to head off a major Tory rebellion which could provoke the resignation from the Cabinet of Cheryl Gillan, the Welsh Secretary, whose Chesham and Amersham constituency would be hit.

Some Tories favour Labour’s alternative route, which would run via Heathrow Airport and then follow the line of the M40 motorway, reducing the damage to the countryside between Amersham, Great Missenden and Wendover, although Steve Baker, MP for Wycombe has expressed concern that little detail has been issued about the proposed Labour party route.  It is clear that by following the existing route of the M40 and the Chiltern line that Wycombe and Princes Risborough and areas in between would be affected.  It is good that nobody is showing any interest in HS2.5 which would use a viaduct over the top of Warrendene and Bryants Bottom Road.

Ms Greening, promoted to Transport Secretary last month in the reshuffle caused by Liam Fox’s resignation, is backing the project and is said to have an open mind about the precise route. But insiders say David Cameron and George Osborne support the Government’s proposal and are ready to face down the Tory revolt. This would involve high-speed trains using a tunnel from Euston Station to Old Oak Common in north-west London. A spur route to Heathrow would be added later.

In an email inviting all MPs to today’s talks, Ms Greening kept her options open and made it clear that she would be in listening mode. She said a consultation exercise on the project, which has now closed, attracted about 55,000 responses.

Last night Labour tried to foment the Tory rebellion. In an email sent to all Tory MPs, Maria Eagle, the shadow Transport Secretary, urged them to “put aside political differences” and back the Labour scheme, which could add three minutes to the 49-minute fastest journey time from London to Birmingham but would protect an area of outstanding natural beauty.

She said it could command greater support among MPs as it would save taxpayers’ money; create a major new transport hub near Heathrow linking HS2, the proposed London Crossrail line and Great Western mainline; and do less damage to the Chilterns by making greater use of the M40 and Chilterns railway corridors.

The two main parties have swapped places on the route. Before last year’s election, the Tories backed the plan now endorsed by Labour. In government, Labour proposed the Chilterns route now supported by the Coalition Government.